A downloadable game for Windows, macOS, and Linux

Spacies is a vertical shooter, designed to bring back the retro feel of games like Galaga. It is not about the high end graphics, or special effects.

Its about the nostalgic feelings we get from playing all those old arcade cabinets.

The name "Spacies" comes from the slang we used as kids to describe the games. The way the word was used is thus: "Lets go play some Spacies". It was a generic term used to cover all the games available at the local arcade.

This is my first ever effort to create a game, and any feedback is welcome. Constructive criticism helps me develop the game further; and bug reports increase the stability of the game.

This project is licened under the Mozilla Public License v2.0

Currently, there is only very limited support for Mac, however there are binaries available

Good sound and music but the play field feels kind of empty.

Yeah, I hear you. By the 3rd level things liven up a lot. I had to tone down the first two levels, people were complaining it was too hard. Originally, the waves were much closer together.

As a side note, I notice you had sandboxed the game. If you allow it internet access, It'll pickup the proper fonts, instead of the default Times New Roman. It uses Google Fonts. But it's only cosmetic, and doesn't change the functionality of the game :) 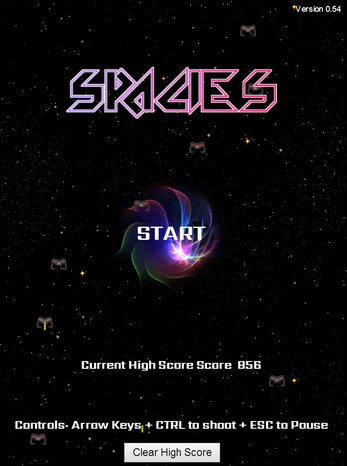 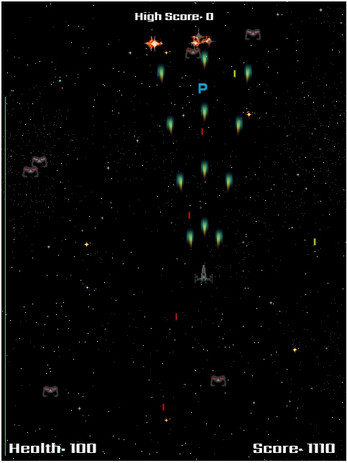